An Area Rich In History

The Delaware River was a major highway during colonial times and the architecture in the Landmark Towns reflects that early history. As you walk through the towns looking t the architecture, you can see the evolution of the towns from colonial hamlets to industrial era boom towns that supported the trade on the Delaware Canal. The Delaware Canal is a National Historic Landmark and many of the towns along the Canal have their own historic districts that tell the stories of their communities. 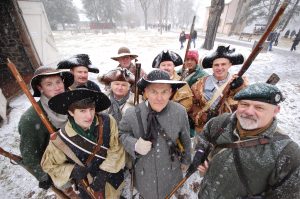 In New Hope, start your exploration of the colonial period with a visit to the Parry Mansion. As the home of the New Hope Historical Society,  this is where you will find knowledgeable docents to bring the story of New Hope to life. Free, public tours of the Mansion and its grounds are conducted on Saturday and Sunday starting at 1:00 until 5:00 pm from May to November.

Next stop as you go downstream is Washington Crossing State Park. Divided into two sections, the northern section features the Thompson-Neely House and Farmstead and Bowman’s Hill Tower. The Historic Village and the park Visitor Center are about 3.5 miles further south along River Road. The park features tours and events that bring the colonial period history to life for visitors. The docents of the Friends of Washington Crossing Park will bring this critical piece of early American history to life for you.

The most recognizable symbol of Yardley is the Old Library on Lake Afton. Operated by the Yardley Historical Society, this lovely 1878 Gothic style is available for meetings and special events. Check their calendar of events for tours and other events held throughout the year. Stop in at the Continental Tavern in the center of town to sip a beer in the same inn that served Gen. Washington and his troops.

A deceptively simple colonial style home sitting on a hill in Morrisville holds a rich history peopled with important figures of the eighteenth century history of the nation. Accor 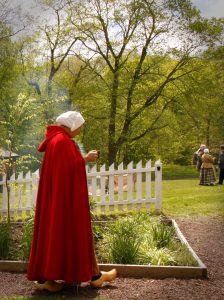 ding to the website, “Summerseat” was General George Washington’s Headquarters in Decembers 1776, owned by two signers of both the Declaration of Independence and the American Constitution, Robert Morris and George Clymer, and during General Washington’s time there, Summerseat was owned by Thomas Barclay who would become America’s first consul overseas and who also negotiated the first treaty for the United States with a foreign nation, Morocco.” To learn more, arrange a tour or enjoy an event by visiting the website for the Historic Morrisville Society.

Another colonial period manor that should be on your tour of Landmark Towns is Pennsbury Manor.  This living history museum recreates William Penn’s country manor on 43 picturesque acres along the Delaware River. With tours, demonstrations and special events, they recreate the 17th century for families in a manner that is memorable for all ages. (Insider’s note: plenty of road construction underway along the route to Pennsbury Manor, so allow extra time.)

Finally, your historic tour down the Delaware River and Canal ends in Bristol, the oldest town in Bucks County. Bristol has a wealth of stories to illustrate its history as well as the history of the nation. Enjoy an audio tour  of the riverfront road of Radcliffe Street. A visit to learn about the history of Bristol is not complete without a stop at the Margaret R. Grundy Memorial Museum  to learn about Miss Grundy and her brother, Joseph Ridgway Grundy, and the impact their lives have had and continue to have on the town and Bucks County. Afterward, stop by the King George II Inn  and enjoy some refreshments in one of the oldest inns in the country and enjoy the timeless view of the Delaware River.