Party on the Canal 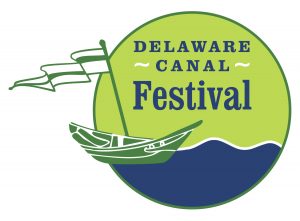 Each year, the Landmark Towns throw a party on the Canal that reflects the character of each community. One decorates boats and build boats from cardboard and duct tape; another invites the public to try kayaking on the canal with the Delaware Canal State Park staff; another celebrates the history of the Canal with Civil War re-enactors and plein air artists but they have two activities in common.  They all decorate ducks and fill the air with music.

Competitive duck decorating is a fun activity for kids and adults. Buy your duck ahead of time or just improvise at the festival, may the best ducks win!

The Delaware Canal Festival in Morrisville will be held on Saturday, September 10, noon to 4 pm. The Delaware Canal State Park staff will be bringing their kayaks for visitors to try kayaking on the canal for free.

Of course, a full line up of community groups, crafters and music are also planned. It’s not a Delaware Canal Festival without the decorated ducks!

The fun is made possible through a grant from the William Penn Foundation and generous donations by local businesses throughout Morrisville!

New Hope celebrated the Delaware Canal Festival on Saturday, July 30 from noon to 4 pm. The day was hot and rain fell at different times throughout the day but most activities continued as planned. With an early start, plein air artists lined the nooks along the Canal to paint. The public looked over their shoulders to watch art be created as local artists worked until the rain drove them off the towpath.

Visitors of all ages were encouraged to try their hand at a Canal-themed scavenger hunt with clues to the questions found along the canal. Enter the Canal Instagram Contest, ongoing from July 20th through the 30th by tagging your canal photos with #newhopecanal. The Bucks County Folk Song Society  performed from noon to 4 pm at the Ferry Street Park along the Delaware River.

Civil War Re-enactors encamped at the Parry Mansion to demonstrate tools and equipment that were used in the era that Canal was the major transportation for commerce for the region. No one took up the offer of a guided tour along the Canal towpath after the downpour turned it all into mud but our stout hearted guide, Susan Taylor was willing to go.

Don’t forget duck decorating! Plain yellow ducks transformed into mini-works of art. On the day of the festival, artists of all ages brought their ducks to the mural plaza at 145 South Main Street for the competition and prizes! 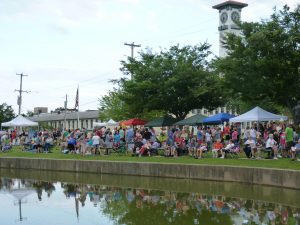 In 2016, Bristol hosted their Delaware Canal Festival on Friday, June 17 from 6 to 9 pm. The community gathered around the Bristol Lagoon for an evening of music by the River Drivers, a decorated boat parade and duck decorating.  Local food trucks provided plenty of food for the Friday evening crowds. Everyone had a wonderful evening as they gathered around the Bristol Lagoon to watch the decorated boat parade. Canal living at its finest.